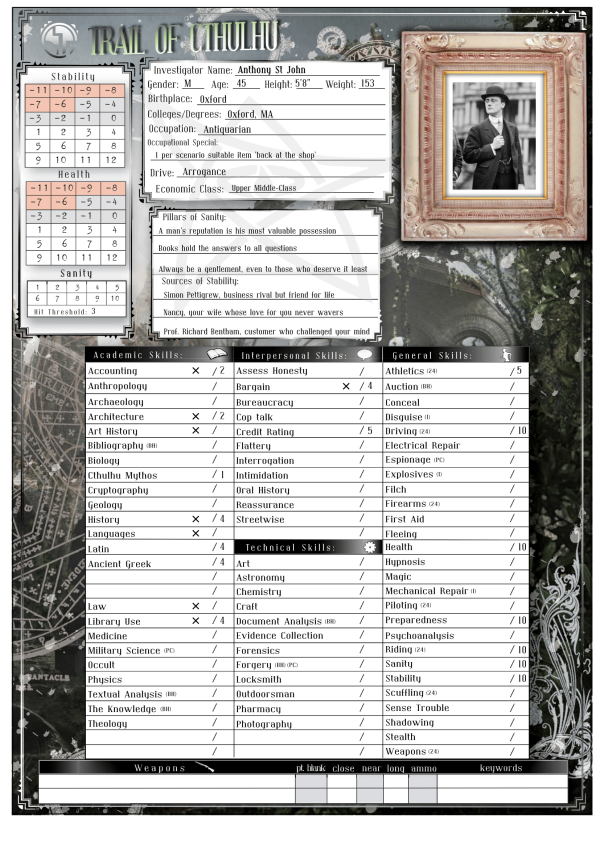 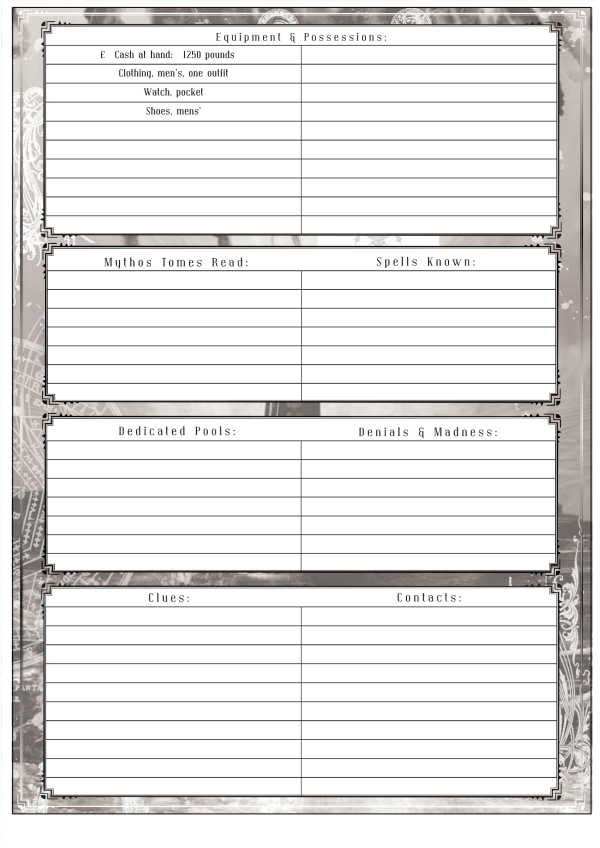 Owner and manager of St John Antiquarian Books on Museum Street for almost two decades, with a reputation as one of the finest rare book dealers in London. His clientele includes minor nobles, senior academics, members of parliament and a handful of bishops, and they have come to respect his ability and taste. Though his origins were decidedly lower middle class, he has worked to develop a more dignified persona, and this is the foundation of his success.

Recently one of his customers complained about the marginal notes in a treatise on medieval religious practices. Such notes are not uncommon in old books, but the nature of these particular ones was quite unsavoury. They hinted at truths behind the veneer of religion and of the world itself, portraying them in a most horrible light. Of course he apologised and refunded his customer, but something about the notes haunted St John. They appeared to be written in his own hand.

He has since discovered dozens of such defaced volumes in his shop, all of which hint at an unimaginable and alien threat to the very existence of his world, and all in the same handwriting. It has reached the stage where he is afraid to sell a book for fear it has an annotation he has missed. Desperate for answers, he has decided to attend a meeting of people who have had similar experiences, to try to discover if he is mad or if the world really is in grave danger. 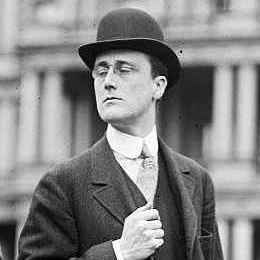