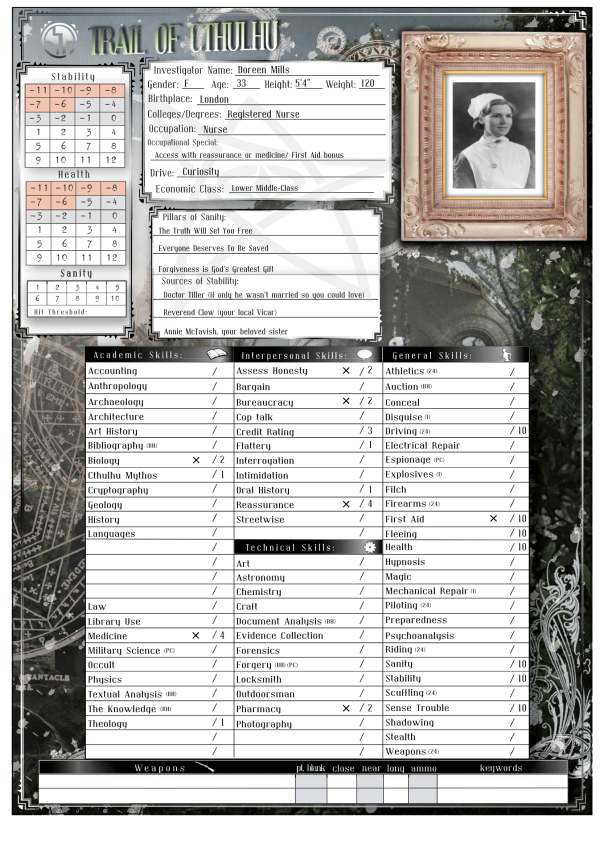 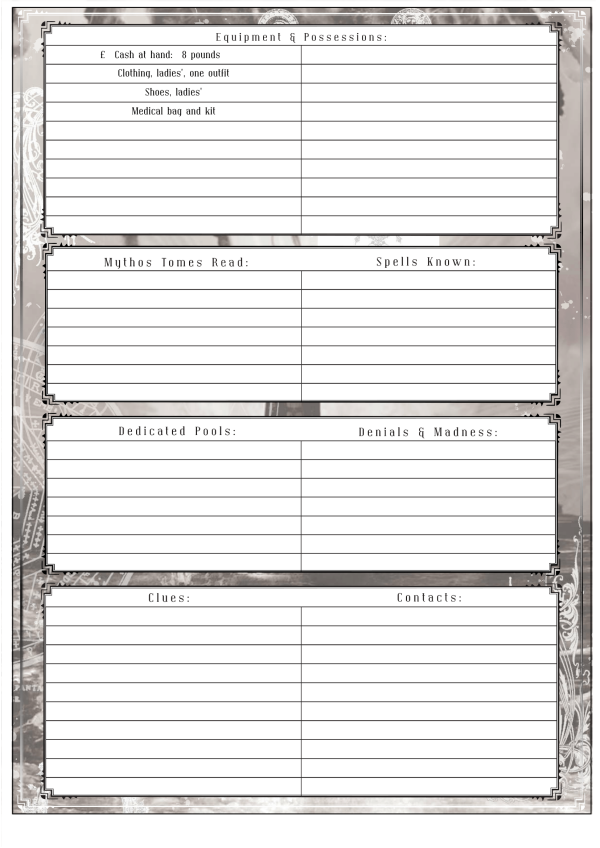 Doreen is a woman of deep faith and, she hopes, Christian charity. This led her to become a nurse, so that she could help those who need it most. She has found it such a rewarding calling it has consumed her life. She now work at the National Hospital for Nervous Diseases in Bloomsbury, London. She never married, but has filled her life with work and God, and cannot imagine being happier.

Actually, truth be told, her happiness has been lessened by the strange events on one of the wards. The first time she heard a coma patient whispering to her, she thought she was recovering. The woman never regained consciousness, but she kept murmuring incoherently about the end of days and how “they” dwell unseen amongst us and will destroy us all. None of the other staff heard this, but Nurse Mills wasn’t truly frightened until it happened with another patient. This time it was a man, but he still spoke with a woman’s voice, giving the same cryptic warnings. The worst part is that Nurse Mills realised the voice sounded like her own.

She has not told any of your colleagues of her experiences, as she fears she would be believed mad and lose her job.

She saw an advertisement for a meeting of people who have had similarly strange warnings, and resolved to attend. She is trying to overcome your concern at the possibly un-Christian nature of the group, given that they meet in an occult bookshop, in the hope they can help her understand what is happening. 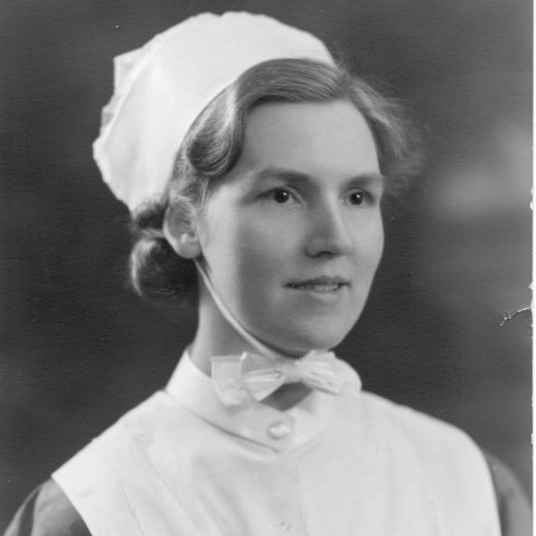